The first time I heard about the Paleo Diet I thought “Great! Another fad diet!”

But as it turns out, the Paleo Diet really isn’t a fad diet at all, it’s actually more of a lifestyle.

Paleo In  A Nutshell

Essentially, the Paleo Diet is based around whole foods that our hunter, gatherer ancestors ate during Paleolithic times. This is why it is also called the Cave Man Diet or Hunter, Gatherer Diet.

So why would we want to eat like our Paleolithic Ancestors?

To understand why we would want to eat like our Paleolithic ancestors, we need to put things in perspective.

The Paleolithic period lasted over 2,000,000 years. Yes you read that right…TWO  MILLION YEARS.

During that time, humans hunted and gathered their food.

That meant that they ate animals, plants and probably some seeds and nuts. And as it turns out, those people were very healthy – lean, strong and without modern diseases like obesity, diabetes, heart disease etc.

So what happened? Why are so many people sick now?

Well, about 10,000 years ago we began to create highly processed foods with all kinds of chemicals and additives that our bodies were not “adapted” to handle.

And because our human genes have not evolved much since the Paleolithic period, it is believed that our bodies work best when fueled by the type of foods that our Paleolithic ancestors ate.

Eating whole, natural foods makes a lot of sense to most people as a way to improve their health but unfortunately it isn’t so easy to get back to the way we used to eat.

When I discovered the Paleo diet and decided to test it out, I ran into some unforeseen challenges.

So although I think the Paleo diet is a great idea for most people, there are some challenges you may want to consider.

I’m not highlighting these challenges to discourage you but rather to give you a heads up so you can plan how to handle them should they happen to you!

Spouse – It’s one thing to get yourself to eat differently, it’s another thing to convince your spouse to follow along 🙂

Children – We all know how hard it is to get our kids to eat different foods. Kids like what they like and that’s that.

Grocery Stores – The bottom line is it’s just more difficult to eat Paleo. So much of our grocery stores are filled with processed foods (like bread, crackers, chips, sodas, juices, cereals etc.)

Eating Out – It’s insanely hard to find meals that conform to a truly Paleo Diet when eating out. The easiest and most universal Paleo meal that can be found at most restaurants is a salad with some type of protein like chicken, beef, salmon etc. This can get old pretty quick if you eat out a lot. For several reasons, we’ve been cooking a lot more dinners at home which leads to the next area of inconvenience.

Preparing meals with vetables, meat, fish etc. takes a bit more time than slapping together some ham, cheese and a couple pieces of bread or popping a frozen pizza into the oven. We all have those days when we work late and we don’t feel like spending a lot of time making dinner which makes it a lot more appealing to order a pizza instead of cooking a steak and vegetable dinner.

Despite those seemingly large challenges, I believe Paleo is worth every single bit of inconvenience.

Since I began eating a more Paleo diet I’ve seen some great results like lowering my bodyfat percentage from 14.5% to 10% which equated to 8lbs of fat while simultaneously increasing lean muscle by 2lbs. That happened in 2 months and I was already in very good shape and eating a good diet by most people’s standards.

Many processed foods are HIGHLY inflammatory. Inflammatory foods can cause all kinds of problems from minor aches and pains to disease.

Check out the “old me” on my About Page to see how I looked before eating Paleo – I was swollen and inflamed, carrying extra weight and I was exhausted. I also had been experiencing aches and pains in my back, knees and my knuckles would crack constantly!

I’m not going to say I NEVER get an ache or pain. That would be ridiculous. But I can say that I very rarely get aches and pains and I feel more flexible and limber than ever before.

This is a BIG one for me. Every parent wants MORE energy. Our kids seem to have a limitless supply all day long and it can be pretty exhausting trying to keep up with them!

When I made the switch to a Paleo diet, I noticed my energy change. I didn’t have the afternoon slump that I had always experienced. I used to eat every hour or two to “keep my energy levels up” but no matter what I always had that afternoon crash.

Most days I experienced several crashes and my wish was to just drink more coffee. Some days I’d drink 4-5 cups of coffee. Now I only drink 1 or 2 cups per day and I use mostly decaf beans now. Seriously, try Paleo for a week and you’ll see what I’m talking about.

Believe me when I tell you Focus has ALWAYS been a challenge for me. I was never tested for ADD but I am pretty sure if I was tested, I would have been at the top of the charts.

And once again, I’m not going to give you a bunch of BS and say that I’m laser focused, but I have SO MUCH more focus now than I’ve ever had.

And I know the Paleo diet has made a difference because I literally feel more distracted and also, more anxious when I eat a “standard american diet” full of processed foods.

I could go on and on about the benefits of eating Paleo but I think you get the point. I STRONGLY encourage you to give it a try and report back to me with your results.

If  you’d like to do some of your own research on Paleo (and I encourage you to do so) you should check out some of the experts that I follow like Mark Sisson from MarksDailyApple.com, Chris Kress from ChrisKresser.com, Dave Asprey from BulletProofExec.com and Robb Wolf from RobbWolf.com to name a few.

Also, if you follow a Paleo diet I’d love to hear your thoughts in the comments. What kind of benefits have you seen? How hard has it been to give up processed foods? Did your spouse buy into it? Any tips or tricks to get your kids to eat healthier whole foods like meat and vegetables instead of processed foods mac and cheese?

14 thoughts on “What Is The Paleo Diet?”

This site uses Akismet to reduce spam. Learn how your comment data is processed.

1. What Is The Best Whey Protein?

2. How To Make A Perfect Kale Smoothie With An Ordinary Blender

3.  How To Lose Weight Without Exercise 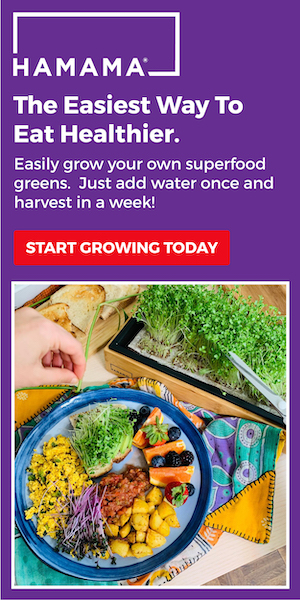